Role of Fundamental Duties in Constitution of India

Role of Fundamental Duties in Constitution of India 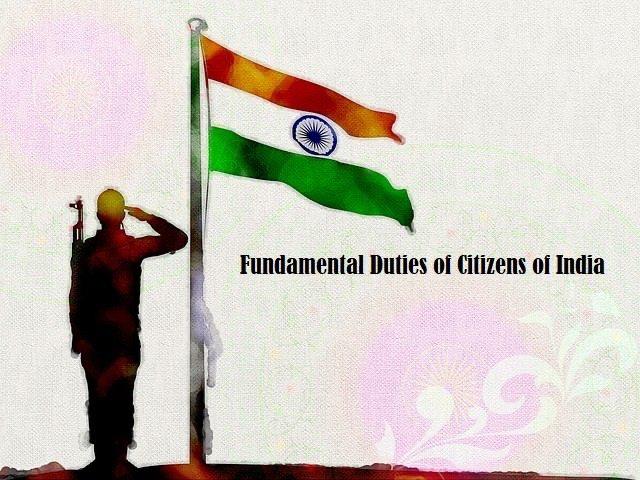 It’s the time of year when all citizens look forward to celebrate the Independence Day . However, this year i.e the 73rd Independence Day is albeit different in the sense that due to COVID 19 pandemic, the celebrations are not in a grand manner.

The question which is more relevant here is : Whether such nationalism or patriotism is observed by us  citizens only on 2 days a year ( 15th August and 26th January)?  Unfortunately the answer is yes !! Otherwise, how do you explain that the system still asks us not to litter the road or respect women ?Aren’t those the most basic things?

It shall be the duty of every citizen of India –

(a) To abide by the constitution and respect its ideals and institutions, the national Flag and the National Anthem;

(b) To cherish and follow the noble ideals which inspired our national struggle for freedom ; (c) To uphold and protect the sovereignty , unity and integrity on India ;

(d) To defend the country and render national service when called upon to do so ;

(e) To promote harmony and the spirit of common brotherhood amongst all the people of India transcending religious, linguistic and regional or sectional diversities; to renounce practices derogatory to the dignity of women ;

(f) To value and preserve the rich heritage of our composite culture ;

(g) To protect and improve the natural environment including forests, lakes, rivers and wild life, and to have compassion for living creatures ;

(h) To develop the scientific temper, humanism and the spirit of inquiry and reform ;

(i) To safeguard public property and to abjure violence;

(j) To strive that the nation constantly rises to higher levels of endeavor and achievement.

(k) Who is a parent or guardian to provide opportunities for education to his child, as the case may be, ward between the age of six and fourteen years.’

This article has the potential to regenerate and reconstruct the nation. It has been on the statute book for the last so many years. It commands that – “it shall be the duty of every citizen of India” – but it is an irony that more than 99 per cent of the citizens of India do not even know about the existence of this article in the Constitution, much less its provisions

Justice Venkataramiah in his landmark judgement in M C Mehta  Vs. Union of India and Ors. (1998) , inter-alia, gave following directions for awareness of Fundamental Duties:

Lets resolve to follow it, everything else can wait !!